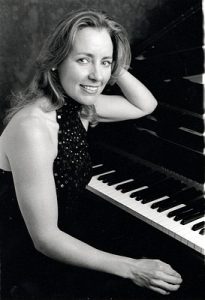 Rachel has performed numerous concertos by Beethoven, Chopin, Turina, Liszt, Cesar Franck, Mozart, Finzi, Prokovief, Litollf, Rimsky Korsakov and Rachmaninoff with the National Symphony Orchestra of Ireland, the RTE Concert Orchestra, the Irish Chamber Orchestra and the Czech Republic’s West Bohemian Orchestra. She has worked with conductors such as Kasper De Roo, Armin Jordan, Proinnseas O’Duinn, Fergus Sheil, Colman Pearce, David Lloyd Jones and Radomil Eliska.  She opened the International Chopin Festival in Marienbad in the Czech Republic with a performance of Chopin’s Piano Concerto No. 1 in E minor.  She has appeared at the Royal Festival Hall in London, Bantry House in Cork, the Galway and Wexford Arts Festivals, the Hugh Lane Gallery, the Model Theatre Sligo and numerous other arts venues throughout Ireland.  Performances abroad include recitals in Japan, Italy, the Netherlands, Norway, Austria and the UK.

Rachel has enjoyed a successful career as a soloist performing over twenty concertos in Ireland and recitals in Austria, Czech Republic, Italy, Norway, South Africa, Switzerland, the UK, the USA and Japan. Her solo piano album ‘Mosaic’ features a wide range of repertoire from Rameau to Takemitsu and is heard regularly broadcast on Lyric FM.  She also plays a variety of music encompassing light classical composers, jazz improvisations, film music and arrangements of popular songs for corporate or private functions.

As a chamber musician she has collaborated with numerous other musicians such as Annette Cleary, Elaine Clarke, Deirdre O’Leary, Paul Roe, Ben Rogerson, Pol Fanning and Vourneen Ryan in duo, trio and quartet repertoire performing works by Bach, Beethoven, Brahms, Mendelssohn, Mozart, Poulenc, Shostakovich and Schubert amongst others. Rachel has been a  member of the Strands Performing Group comprising highly versatile and gifted Irish instrumentalists that perform throughout Ireland. Since 2015 she is a founding member of  the Degani Piano Trio with Alan Smale on violin and Annette Cleary on cello. They have recorded CDs of Dvorak, Haydn, Chopin, Piazzolla and Brahms Piano Trios. Most recently the Degani Piano Trio completed a ‘Words and Music’ Beethoven’s Piano Trios concert series in the NCH’s Chamber Music Programme for 2020. Rachel was  the scriptwriter and producer collaborating with acclaimed Irish actor Barry McGovern. As a group they have given masterclasses for third level piano and string students of the ‘School of Music’  Cork Institute of Technology.  www.deganitrio.com 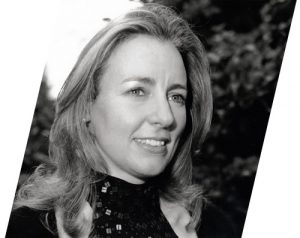 As a well-known Irish accompanist, she has also worked with many of Ireland’s leading classical singers such as Cara O’Sullivan, Sylvia O’Brien and Elizabeth Woods  in concerts, competitions, live radio and television broadcasts. She has also worked as répétiteur on productions of Madame Butterfly and La Boheme with Lyric Opera and Opera Ireland.  Rachel has given many radio broadcasts and appeared on television in Ireland and abroad. She appeared as the film pianist for the acclaimed BBC film ‘Loving Miss Hatto’.

Her early training was as a scholarship student at the Dublin Institute of Technology where she was the recipient of numerous awards including the Lombard and Ulster Piano Foundation Award, Morris Grant Prize and bursaries for continued study abroad from the Electricity Supply Board and Aer Lingus. During this time she obtained performance diplomas (ARCM, LGSM & FTCL) from the Royal College of Music London, Guildhall School of Music and Trinity College London.

While completing her B.A. Moderatorship in music from Trinity College Dublin, Rachel studied in Dublin with Mabel Swainson, then continued in London with Craig Sheppard and Benjamin Kaplan.  She was a Foundation Scholar in Postgraduate Performance at the Royal College in London and a Fulbright Scholar at the Peabody Conservatory in the United States. Rachel undertook intensive courses of study with Nikita Magaloff in Switzerland’s Geneva Conservatory, Gyorgy Sandor at the Mozarteum in Austria and Murray Perahia at the Aldeburgh Music Festival in Great Britain where she was selected from world-wide auditions to receive specialised coaching and direction in the works of Frederick Chopin.