The Irish pianist Rachel Quinn has performed as a soloist,
a chamber musician and accompanist both in Ireland and abroad…

She opened the International Chopin Festival in Marienbad in the Czech Republic with a performance of Chopin’s Piano Concerto No. 1 in E minor. Rachel has appeared at the Royal Festival Hall in London, Bantry House in Cork, the Galway and Wexford Arts Festivals, the Hugh Lane Gallery, the Model Theatre Sligo and numerous other Arts Venues throughout Ireland.  Performances abroad include recitals in Italy, the Netherlands, Austria and Great Britain and concert tours in Japan and Norway. Read more…

The most complete and profoundly joyful music making.  This performance had a blend of folksiness and high art, sophistication that felt just right…
– The Irish Times 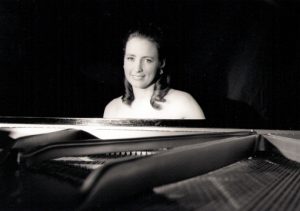